He always said, “Come visit me when my eyes are open, not after they are closed.” And I did. Over the years, Henry and I did a lot of visiting. I take comfort from the knowledge that he and I had quite a friendship, and that I followed his advice to visit him when I could. Still, despite his admonition, it was difficult to miss the funeral of one of the greats who helped to lay the foundation of today’s OJC.
Like so many of you, I have many memories of Henry. There were lunches at the diner, a shared mission to Israel, wisecracks on Shabbat, and heart-to-heart talks that went on much too long. Like so many of you, I thought that I was the one who was most special to him. Henry made us feel like that.
One snapshot out of time will stay with me as a cherished memory. Henry shared a chapter of his life story with me one afternoon after his Yiddish club met.  He showed me photographs of himself and his brothers as young boys, arriving in the United States, to be reunited eventually with their father after being raised by their mother all alone. 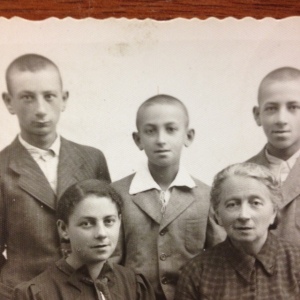 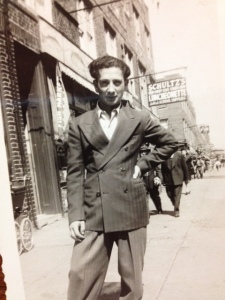 As he told me his story, between the lines, I heard the midrash of a boy who had felt abandoned and lost in a new country. Because of his childhood experiences, in his unique way, Henry dedicated his life to make sure that everyone around him felt included.
Rabbi Scheff told me about the broad spectrum of OJC congregants who came to pay respects to Henry at his funeral. It is not surprising to know that cronies from the Wednesday night poker game and from the kiddush club were there. It is not surprising that presidents and board members of the synagogue were there to pay honor to the man who always had plentiful suggestions. It is not surprising that Rabbi Scheff acknowledged that he was officiating at a funeral of someone who felt to him like a grandfather. Rabbi Scheff credits Henry with bringing him to OJC in the first place, and for giving him a vision of what a synagogue community could be. What might be surprising to someone who did not know Henry well, is the large number of young people who came to say goodbye to the man who had acted as a surrogate grandfather. His granddaughter Mara shared with mixed emotions that she always knew she had to share her grandfather with all the kids at the OJC.
In our synagogue community, there was no one who made him prouder than Mara. When she read Torah, led Shabbat morning services, or sang in the high holiday choir, Henry would beam. (Often he’d find me to whisper conspiratorially, “Did you know that they let girls lead services here?!”)

Many of us cry every year on the first night of Rosh HaShana when Mara sings She-hechiyanu. Part of the reason is the simple beauty of her voice. Part of it is the profundity of the words. But I am sure that much of it has always been anticipatory grief. We have known all along that we would not have Henry forever to be listening to his granddaughter praising God’s kindness for allowing us to reach another season. When we reach the next season, we’ll remember Henry and who he was to each one of us. We will thank God for another season and we will honor Henry’s memory as we listen to Mara chant She-hechiyanu.

May his memory be for a blessing.   Rabbi Paula Mack Drill