Choosing Not to Listen

18,000 of us converged on Washington for three days: Jews of every stream, nationality and political persuasion; Jews who are high school kids, college students, Holocaust survivors, rabbis. Also gathering were delegates who are Hispanic, people of color, Evangelical Christians, main line Christians, politicians. We came to AIPAC’s Policy Conference because all of us are supporters of the Israel–America alliance. 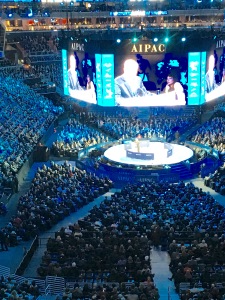 Imagine it: 18,000 filling the hallways and meeting rooms of the Washington Convention Center. 18,000 dramatically filling the arena of the Verizon Center to hear Vice President Biden, Israel’s Prime Minister Bibi Netanyahu, and most of the candidates currently running for president.

The person sitting next to me in a session about the refugee crisis in the Middle East may not have agreed with me about most things, but we are both similarly committed to Israel’s right to exist as a free, secure, Democratic nation. The people on either side of me during the campaign speeches may be voting differently than me, but we all agree on the necessity of friendship between Israel and America. The rabbis at my table listening to Natan Sharansky speak about the rise of anti-Semitism and the insidiousness of BDS may have different politics from mine, but we all agree that Israel is as necessary to American security as America is to Israel’s.

As always at AIPAC events, I listened to thinkers and politicians from the left and the right. Stav Shafir, Member of Knesset and one of the founders of the Israeli social justice protest (Mechaat Tzedek Hevrati), shared her idealistic vision for a progressive and optimistic future for Israel.

Author of My Promised Land, Ari Shavit criticized the current government in Israel, saying that Religious Zionists are endangering our home and Ultra-Orthodox Jews are endangering our religion. From the other side of ideology, Pulitzer Prize winner Bret Stephens shared his vision of security for Israel. Writer for The Atlantic, Jeffrey Goldberg, discussed his critique of the Obama administration’s Middle East policy.

The voices were a cacophony of harmonious disagreement. For me, this fact is the power of AIPAC.

As delegates, we listen respectfully to learn about a variety of perspectives and make up our own minds. Learning from the diversity of thought at AIPAC has enhanced my understanding of one of the most complicated situations in our world today. Over time, I have definitely changed my mind about certain things. But never have I wavered from the belief that when Israel and America are strong, the world is more stable.

This year for the first time in nine AIPAC Policy Conferences, I chose NOT to listen to one of AIPAC’s guests. I did not stage a protest or a walkout. Together with Rabbi Scheff, our intern Paula Rose, and fifty other rabbis, I chose to study Torah rather than to be in the arena when Donald Trump spoke. We gathered in a restaurant inside the center to hear words of Torah and sing Olam Chesed Yibaneh, (with loving kindness the world is built). 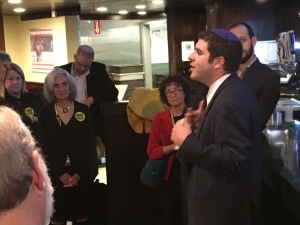 I do not judge the choices that others made with regard to Mr. Trump’s speech. Some walked out but did not gather with others, other delegates stayed in to listen to his words. Some maintained silence and others clapped politely. Some clapped enthusiastically. I acted according to my own conscience and not in anyone else’s name. I acted, but not in order to judge others.

I understood from the outset that AIPAC’s mission requires all presidential candidates to be invited and I support the invitation to Mr. Trump among all of the presidential candidates. But I could not in good conscience listen to a person whose rhetoric has been anchored in racism, Islamophobia, xenophobia, misogyny and calls to violence. Judaism’s most fundamental value teaches us that all people are worthy of respect because we are created in God’s image. As a rabbi and as a Jew, I felt a moral obligation NOT to listen, to refrain from lending legitimacy to a candidate for the highest office in America who engages in hateful speech.

Over my 10 years of participation in AIPAC, I have been taught to welcome all speakers with dignity and respect. No one boos or heckles a guest of AIPAC. We clap if we agree and we are quiet if we disagree. I have listened to policy with which I agreed and sharply disagreed. I have always listened. At Policy Conference 2016 I chose not to listen.

In so doing, I pray that my fellow rabbis and I made space for words of loving kindness.

I pray that words of loving kindness will disarm words of recrimination and anger flying on social media regarding AIPAC, Donald Trump, Israel’s supporters and her detractors as well.

Today is a fast day, Ta’anit Esther, commemorating Queen Esther’s request of the Persian Jewish community to join in solidarity with her as she faced the challenge of her lifetime. I dedicate my fast to similar solidarity of the Jewish community. Too much is at stake for us to stand apart in judgment of each other.

A tent to call home

I have come to a “new” understanding of why the Torah spends so much time describing in such detail each of the pieces and furnishings that ultimately are put together to form the mishkan, the portable sanctuary which the Israelites carried with them through the wilderness. This tabernacle was not a typical construction project. It could not be built from the ground up, foundation poured, walls erected, plumbing, wiring and air ducts all in their proper place. No, the tabernacle had to be created section by section, each seemingly independent of the other, only to finally be put together by Moses. A tribute to the masterful nature of the design, every piece fit together as it was intended. The tent team, the altar team, the curtain team, the menorah team–each team worked simultaneously to create its assigned part in its own individual silo. Ultimately, and perhaps miraculously, everything fit together to form a suitable dwelling place for God’s presence. The success of the project points to the ingenuity of its management and to the Divine inspiration of the plan. The achievement is all the more remarkable when we consider how difficult it can be to recognize how actions inside our individual silos can affect or impinge upon the work of others and their interests. 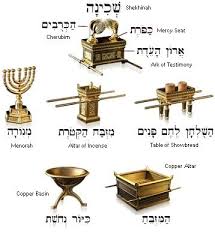 Our neighborhood high school endured a few difficult days last week, as the students prepared for the opening of their production of “The Producers.”  The school got some undesired attention over some props that were photographed hanging in the school auditorium. Swastikas, to be exact. These swastikas are part of the set of this particular play. I saw them on stage in the Broadway production. Certainly, as a Jew and as a grandson of Holocaust survivors, I found the symbols offensive, both on Broadway and on the TZHS stage. Then again, there is much that takes place on Broadway that can be considered offensive in the spirit of entertainment. Artistic productions are often meant to shock us and to shake us. I have no doubt that Mel Brooks knew his “Springtime for Hitler” would raise more than a few eyebrows along with uncomfortable laughter. The same symbols left on display in a school auditorium, however, can be quite jarring. When the unsuspecting student or parent walks into a space with these symbols present or sees them displayed on social media, it is perfectly understandable to react with hurt and fear. That is the natural reaction which the symbol evokes for many of us. 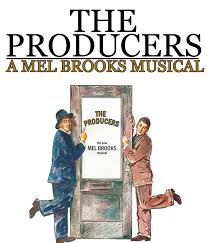 The lesson the Torah teaches me, however, is that there was a lost opportunity here, as is all too often the case. In a school that makes an effort to teach it’s children about the Holocaust, even having survivors come address the teens, this production should have been seen as an opportunity to integrate history, civics, entertainment, culture, and community building. Discussions about free speech and artistic expression–and the ways in which these things can touch certain nerves and test the limits of propriety– could have been part of the planning in bringing this production to life. Greater understanding and appreciation might have been the byproduct of such discussions. Thoughtful compromise between the risqué Broadway production and a toned-down high school version of the production might have been reached, weeks if not months before the production was set to go. In the end, the banners did not hang, though individuals wore the emblem on armbands as part of their costumes. The same conclusion might have been reached without insults and accusations had the original plan been blessed with a little more wisdom.

An event such as this–and the appalling events and attitudes we witness from some of our candidates running for office–points to the need for the exercise of a social correctness that is characterized by our proactive pursuit of teaching moments, and that isn’t dismissed with a pejorative. Insensitivity to the feelings, vulnerabilities and needs of others cannot be tolerated in public discourse, unless our intention is to create a tent that will only hold the few. Similarly, we need to practice sensitivity in the interpersonal realm until it becomes second nature. 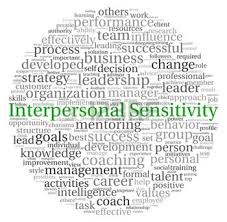 It is possible to express one’s opinions, qualifying that they are based on a certain set of beliefs and granting that there are counterbalancing and competing claims. If we wield our opinions as weapons to shut down opposition or to denigrate those who are not swayed, any conversation is over before it starts and any possibility of learning or growth is lost. In fact, our actions and our words will be far more effective and persuasive if we consider from the outset how they will impinge on others and how they will be heard best. With a little more consideration, empathy and forethought, we may change a few minds yet, and even coax a few laughs along the way. Maybe then the sanctuary we put together will be a tent which God would be happy to call home.