On Israel’s Highway 40 South to Bahad Echad, the IDF Officers School, Jon and I stopped with my in-laws at Sde Boker, the burial site of David and Paula Ben Gurion.

As we looked out over the awe-inspiring desert view, I thought of David Ben Gurion’s words: In Israel, in order to be a realist, you must believe in miracles.

His words seemed to apply to me directly in that moment. Of course, he was speaking of the entire endeavor of Zionism. And I was only thinking about my own unshakable plan to be at Josh’s graduation from Officers School on June 20. Is it true? Was I in Israel thanks to a miracle?

I have decided that the answer is yes and no. Let me explain.

Josh had a large cheering section at the graduation: family, friends, his host parents from kibbutz, and my cousins. 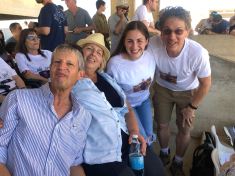 When I expressed gratitude to my cousin Elchanan for traveling so far to be with us, he said, “Is it far or is it close from Hoshaya? It just depends on the story we tell ourselves.” He is correct, of course, about the three and a half hour drive from the north to south of Israel. And he is also correct about how we all choose to live our lives.

For me, I understand this period of dealing with cancer according to the story I tell myself. It might be a horrible, unfair trial or it might be a series of many small and large kindnesses. And yes, perhaps even miracles. It just depends on the story I choose to tell myself.

From the very moment of my diagnosis, I was clear to myself and to everyone with whom I spoke that I would be at Bahad Echad on June 20. I was not missing Josh’s Siyyum Kors Katzinim (Completion of the Officers Course).

I healed from surgery faster than my surgeon thought possible, and he gave me a clearance to go after just three weeks. My oncologist started my chemotherapy early, scheduling it so that I would be as strong as possible for the trip. My healing has been supported and speeded along by the prayers and energy of family and community. And I have worked hard too, keeping a positive outlook, walking every day and trying to eat even when I did not feel like it.

Perhaps my understanding of how one experiences a miracle is best expressed in a traditional Jewish proverb: “We hope for miracles but we don’t count on them.” My intention was clear and I did everything in my power to bring it to fruition. Next, the kindness and support of others is required. But I believe with all my heart that the final essential element of a miracle is God’s will. God makes miracles happen.

This is the day that God has made. Let us rejoice in it and be glad.

Shabbat shalom and hope to see many of you at Orangetown Jewish Center this Shabbat as Josh and his grandparents continue touring in Israel. 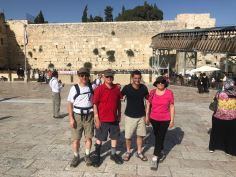 Now is not always the right time

Ramah, the camping arm of Conservative Judaism, has occupied the headlines of the Jewish press over the last week. At issue is Ramah’s educational approach regarding Israel and Zionism. In particular, IfNotNow (INN), an organization whose stated goal is to end American support for Israel’s current policies with respect to the Palestinians, has begun training Jewish camp counselors to effect change in the Israel education of Jewish summer camps.Three months ago, a group of Ramah alumni involved with INN approached the Ramah national leadership seeking a commitment from Ramah to change its Israel education to include the Palestinian narrative. As news of INN’s camp counselor training program became public, the Ramah leadership issued a statement distancing itself from any partnership with INN and affirming its commitment to teaching Ahavat Yisrael, a love of Israel. Backlash came from both the right and the left. From one extreme, Ramah was being ordered to conduct a purge of any counselors who might express any sympathies to the Palestinian cause; from the other side, Ramah was being accused of betraying alumni who felt they had been labeled as anti-Zionist at best and anti-Semitic at worst.

Change, no matter how warranted, typically takes time in established institutions. Change requires education, building consensus, and the development of stakeholders who can model the proposed change as a natural and mission-driven extension of the institution itself. Change imposed from outside the institutional framework will, more often than not, fail, especially if it is expected to take effect immediately.

The Ramah camping movement, one of the great and long-lasting successes of Conservative Judaism and a breeding ground for ideas, leadership and best practices, is well aware of the changing landscape of the Jewish world, and in particular as it relates to Israel. Hundreds of young Israeli emissaries (shlchim) staff the Ramah camps each summer, bringing with them their many perspectives on Jewish identity, Zionism and Israel. The shlichim are not screened for their political leanings in advance of their placement. Each Ramah camp has its own board, its own professional leadership, its own unique demographic of staff, campers and families. Each camp has met the challenges of change in its own way, always sensitive to the Ramah mission, the camp’s constituent communities, and the reality that staff and campers come from a diversity of religious and educational backgrounds. To this day, the camp cultures differ in their religious and educational philosophies, even as they pursue the same mission. 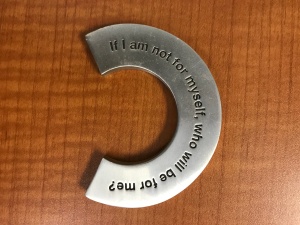 The Ramah camps also face the challenge of educating students—campers and staff—who range in age from 6 to 60, many of whom live together in community. Learning takes place in formal, informal and experiential settings. The unintended curriculum is often more important than the intended curriculum, as so much of the learning occurs in the context of late-night one on one conversations. It is in the context of personal relationships that nuanced opinions are best expressed and best able to be heard. That is the true magic of Ramah.

Ramah directors across the camps, I believe, sympathize with those Ramah alumni who want to see staff and older campers engage in Israel discussions that reflect the complexity and nuance of the Israeli-Palestinian conflict. However, in light of INN’s demands for immediate and sweeping change, it should come as no surprise that the Ramah leadership felt the need to make a strong statement in response, officially distancing Ramah camps from any organizational or philosophical partnership, especially considering that INN’s platform specifically states that it does not take a position regarding the support of Israeli statehood. Critics may have cause to say that Ramah leadership’s latest statement was an attempt to appease the majority of its base and its financial supporters. Even if this were to be true, it doesn’t mean that Ramah has abandoned its dedication to pluralism and to permitting a diversity of opinions.

The world of Jewish education is still learning how to address the moral challenges of Israeli statehood and Jewish power. The Shalom Hartman Institute, as far as I am concerned, has done an excellent job of creating informative, nuanced and challenging educational materials for adults. (Check out the iEngage Israel curricula; our synagogue community has already implemented three of its courses to a positive reception.) Adapting these conversations for middle schoolers or high school students is going to take time and expertise, especially given the widely diverse ages and backgrounds of the intended students. 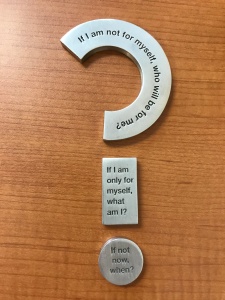 I firmly believe that now is the time to wrestle with the question of how to teach about Israel’s conflicts. But the answer to that question, especially when it comes to good Israel education, is certainly not one to be arrived at in a matter of months. Ramah camps are as good a place as any to advance this discussion—but not necessarily this summer or even next. Not if it is going to be done well, with the result producing the best informed Israel lovers and advocates for our future.