On the third night of Chanukah, my rabbi said to me…

A past-president of our synagogue, Nohra Leff, once said to me, “I don’t just believe in miracles, I EXPECT THEM!” What a great way to go through life. Expecting miracles means that we engage in behaviors that ultimately create an environment where what some perceive as the “miraculous” becomes that much more possible.

In the fall of 1995, I took a job as part-time cantor at the OJC. Still a full-time student and father of two young boys, I treated the job like it was the fulfillment of a dream. A year later, I was negotiating my first contract to be Student-Rabbi and to stay on as Rabbi after my ordination. I was advised by people “in the know” to avoid such a commitment. After all, the synagogue had gone through so many rabbis in its relatively short history, and I “could do better,” according to the more experienced. Three years later, another past-president, Michael Scolnick, would ask me how long I thought the honeymoon could last. I am glad to say that, even in my 20th year, I still feel like we met just yesterday. Okay, maybe just the day before yesterday.

When I speak to rabbinical students in their final years at JTS, I try to emphasize that every synagogue community has the potential to be a place that can be transformed and re-dedicated to Torah, service and deeds of loving kindness. That can only happen, however, if the rabbi is willing to see him or herself as spending the rest of their professional life serving that one community. If we invest ourselves in a plan believing that we have only two years to work toward achieving our goals, then we doom ourselves to failure; but if we invest ourselves planning for the long term, we can create an environment where the seemingly impossible is indeed achievable. 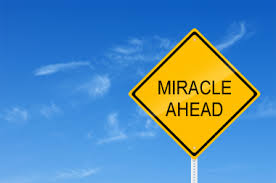 In the midst of Chanukah, we consider the nature of miracles, and the role that “dedication” (the literal meaning of the word Chanukah) plays in making one day’s worth of oil last for eight, or in leading one small band of soldiers to victory against overwhelming odds. I am so proud of what we have achieved and how we have continued to grow as a Conservative egalitarian community. Beyond our impressive numbers, we have attained a level of learning, service to the broader community, participation and spirit of which we can all be proud. The dedication that has brought us to this place in our history, however, has also given us the wisdom to understand that we must continue striving to build and to deepen relationships; to reach in to our membership and to reach out to those still searching; to develop more pathways into our OJC community, into a life of purpose and meaning, and into relationship with God; and to lookto the future with faith, optimism and vision. Some people might call our success a miracle. Perhaps we have witnessed something miraculous as a community; if so, the miracle only happened because of the wise people–presidents, boards, volunteers, congregants, professionals and clergy–who were looking for one, who expected one, and who acted to create the environment where such a miracle could take root.

3 responses to “On the third night of Chanukah, my rabbi said to me…”