1919 was the year my grandmother, née Sonja Gelerman, was born. Lucky enough to be the daughter of a butcher, and blessed with strong and steady fingers that could thread the eye of a needle with the best of them, she’d never starve.

Well, there was that one stint in a Siberian labor camp in 1940 (when she needed to be eating for two) that tested her endurance. Otherwise, fighting a cold was about as sick as I can recall her ever being. Despite living during the darkest of decades and through the most uncertain of conditions, Sonia Neiman arose every day to make time matter. 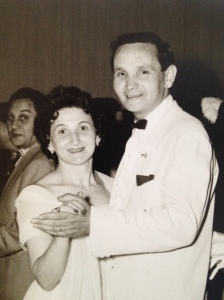 Her age, the years of marriage, the number of grandchildren, great-grandchildren, and great-great-grandchildren … all make for a fascinating human interest story beyond the relatable experiences of most. As she approaches her 100th birthday, however, it is remarkable that she has never been one to count.

My Baba is a superstitious person. And while there is a bias in the Jewish tradition against counting people (it invites the evil eye?), I don’t believe that is what has motivated her to ignore her numerical accomplishments.

The true achievement of my grandmother’s life has been arising to every day with a sense of purpose—a friend to call, a husband to clothe, a child to nurse, a meal to prepare, a kitchen to clean, a holiday gathering to relish, a simcha to celebrate—and investing all her emotional energy—her laughter, her tears, her disappointments—in her waking hours.

When I consider the greatest lessons my grandmother has taught me, the most important one of all will be to live beyond the numbers. One love, one friend, one conversation, one laugh, one cry, one opportunity to matter—any one of these is enough of a reason to live one more day.

As we approach the Jewish new year of 5780, I am personally wrestling with the awareness that my grandmother is no longer finding meaning in her daily life. All of the roles from which she gained pleasure throughout her days are no longer possible for her to fulfill. I know, however, that the best way I can honor her in the year ahead is to live best (and not just exist) by taking note of the one thing I do each day that makes my life worth living. 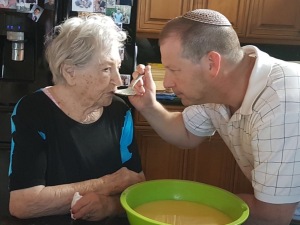 Listening to a sports radio talk show this week, I heard Charles Barkley, one of the all-time great basketball players (known for his quote, among many notable quotes, “I am not a role model”), offer an important piece of wisdom. To paraphrase, he said that if we put a bunch of kids on a court together, no matter their color or nationality, they’d do just fine. “It’s the adults who screw everything up.”

Sadly, a group of kids suffered embarrassment this week because of the deeds of their adults. Little League Baseball stripped the U.S. championship from Chicago-based Jackie Robinson West and suspended its coach for violating a rule prohibiting the use of players who live outside the geographic area that the team represents. The kids played their game, had an experience of a lifetime, grew in so many ways, only to be told that their experience was not legitimate. What a crushing disillusionment for such young minds.

Years later, I would take all these lessons and channel them into a very different competitive endeavor, one that relied upon a very different skill set that didn’t involve my hands or my feet. Those years of competition–and yes, even of losing–taught me how to define success. I learned teamwork; I learned resilience. And the thing I remember most clearly is that my father let me figure it out all by myself.

Thanks Dad, and thanks to all the wonderful coaches out there teaching life lessons between the lines.