I’ve seen a couple movies recently that have moved me profoundly, so much so that they were sitting on my heart and in my head yesterday afternoon as I sat in the Pilgrim Baptist Church in Nyack, celebrating the life and legacy of the Reverend Dr. Martin Luther King Jr. Both films address the history of race relations, questions of identity, challenges to morality, and the ways in which American politics and society reflect these ongoing struggles.
Green Book and BlacKkKlansman tell the stories of two African Americans who confront racism, and who wrestle with the degree to which they will draw their own lines in the sand in pursuit of attaining their own personal goals. But in each story there is a white protagonist (one Italian, the other Jewish) who serves as a complementary role, but who undergoes an identity crisis and transformation of his own.

Most importantly, the fight against hatred, ignorance, oppression and marginalization has the potential to bring out the best in good people who share certain values. It is those shared values that enable them to overcome their other natural and nurtured differences, to march side by side, to learn from one another, to sympathize and empathize, to conquer biases and assumptions, to pursue shared goals despite approaching from different angles.

In advance of the 2017 Women’s March on Washington, organizer Vanessa Wruble, a Jewish journalist, invited Tamika Mallory and Carmen Perez (two activist women of color, for gun control and criminal justice reform, respectively) to be part of the leadership team that would organize the march. That first march, which was fueled by the response to the Election Day results, was a symbol of unity among women of all colors, the LGBTQ community, advocates of other social justice causes, and voices of progressive values in general. 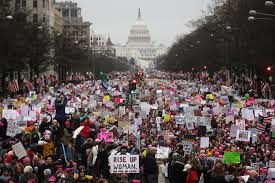 In the wake of that first event, however, a rift developed within the leadership team. Mallory and Perez, along with Linda Sarsour (former executive director of the Arab American Association of New York), felt that Wruble could not be an effective leader of the march going forward given her status of white privilege and power, and that women of color would create a stronger coalition of voices from marginalized communities. At the same time, Wruble felt that she was a victim of anti-Semitism, being pushed out of the leadership because she was Jewish, and that the ties that Mallory, Perez and Sarsour had with pro-Palestinian causes, along with their connections to Louis Farrakhan, were strongly influencing the character of the coalitions they were seeking to establish.

Martin Luther King, Jr. seized upon the story of the Israelite journey from slavery to the Promised Land, which we read this weekend in synagogue, as a shared narrative between the Jewish and African American communities. He was vociferous in his support and admiration for the State of Israel. He did not marginalize the Jewish experience as one of privilege or power. “When people criticize Zionists they mean Jews, you are talking anti-Semitism,” he said, recognizing the tendency to label Israel advocates as oppressors. He saw the struggle for social and racial justice as a goal he shared with the Jewish leaders who marched at his side. 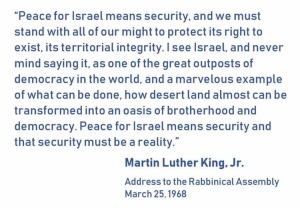 The rift within the Women’s March movement is, unfortunately, emblematic of the deteriorating state of relations between the Jewish non-Orthodox community and the larger progressive community. 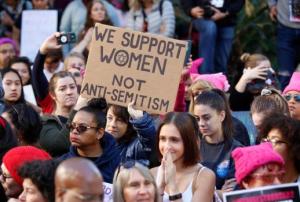 As a rabbi and community leader, I have advocated for certain causes side by side and shoulder to shoulder with communal leaders who have shared my passion for those particular causes, though we may have stood opposite one another over other issues. I could overlook our differences, sometimes as admittedly with great difficulty and discomfort, for the sake of our shared goals and alliance in faith. I felt that sense of common purpose yesterday, sitting in a Nyack church, listening as pastors recited words of Torah. 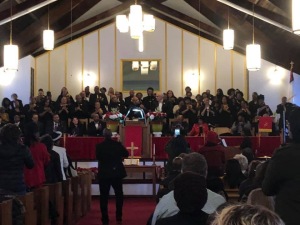 There comes a point, however, where I cannot ally with those who subscribe to the opinions of haters. Holocaust deniers, conspiracy theorists and other dehumanizing anti-Semites, and those who offer a platform for their views, are beyond partnership. Marching side by side with disseminators of hate would be a denial of my identity, and an insult to those I consider my constituents and to the legacy of Dr. King, no matter the cause.

I will continue to work for change from within, to influence opinions from a place of engagement. But when social justice leaders and organizers succumb to ignorance and hate, forgetting the human dignity inherent in each of us beyond the narrow labels that may be assigned to us, I will choose to march separate and apart. And, if necessary, alone.

6 responses to “Marching Together, Alone”