Like so many, I felt great sorrow upon hearing of the death of Elie Wiesel on July 2. I felt bereft at the loss of such an iconic man, one who served as a moral compass for the world almost against his own desire. In the two weeks that followed his death, I have read many meaningful eulogies and tributes and decided that I had no insights of my own to offer. I never met Mr. Wiesel. I did not study with him or serve on a board with him. I only heard him speak publicly once though I read every book Wiesel authored. His wisdom holds an indelible place in my Jewish identity. How many of us could claim the same? What did I have to add to the conversation?

In the two weeks since Wiesel’s death, the world has continued to implode in a myriad of frightening and devastating ways. It feels like we have entered a dangerous, stormy night in a rudderless ship. . . and we have lost our compass. For many of us, Elie Wiesel represented our True North. Bracing myself with each new piece of information about bombings, murders, demonstrations, ugly campaigning and economic threats to stability, I realized that I do have something to say.

I was only 12 years old when my older cousin Beth gave me Night to read on the flight from Florida back to Maine. 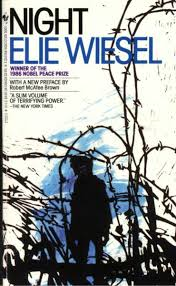 When I got off the plane, I collapsed into my parents’ arms sobbing. They thought that I had missed them during my week-long vacation, but I soon explained that the tears were a response to the book I had just completed. I had come to understand in my very soul the horrors of the Holocaust and its implications for me as a Jew. Reading Night was most definitely my awakening to the reality of a world with evil in it and to the precariousness of life as a Jew.

Twenty-four years later, as I sat in a hospital room witnessing my mother’s dying, it was Wiesel’s memoir, All Rivers Run to the Sea that I read. That haunting book of hope and disaster is forever entwined in those lonely frightening days. Wiesel’s book and my mother’s death taught me that life followed by death is a reality we cannot deny.

Wiesel’s lessons thus form bookends for my first awareness of loss when I was a child and my acceptance of loss as an adult. Acceptance does not mean indifference. Acceptance dictates that life must be fully embraced in every moment. Wiesel said, “I had all the reason in the world to be angry at the world, at God and at the Other,” but he refused anger as his response to his life story. He chose education, advocacy and memory.

I am struck by the fact that Orangetown Jewish Center began a campaign to fund a memorial to the Shoah at the entrance of our building in the same week that we lost Wiesel. How beautiful that we are creating a place to congregate, contemplate and educate. Each of us will be able to embrace and draw strength from the fact that none of us stands alone. At the OJC, we are all part of a caring community committed to ending intolerance and injustice. We are committed to remembering for the sake of creating a safer, better world. I know that we will carry on the legacy of this great moral leader. 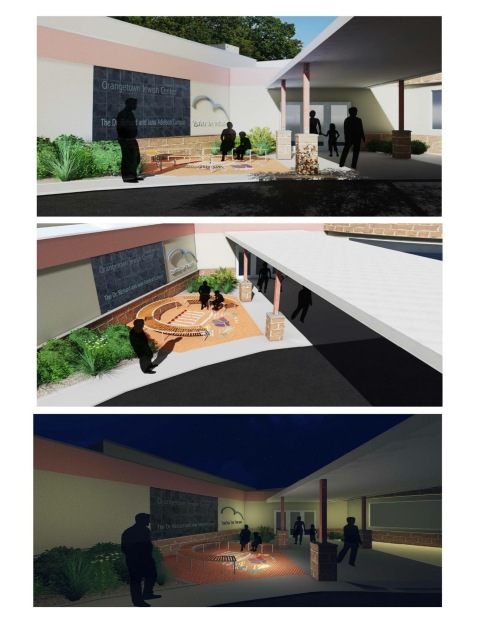 As long as Elie Wiesel lived in this world, we could count on his opinions, his humble yet powerful statements, his decisive writing, his willingness to scold world leaders if necessary. The world feels like we have entered a dark and stormy night indeed without a True North. But together, we will find our way out of the darkness, out of the Night. By remembering and acting on memory, we will ensure a better world for our children and grandchildren, nieces and nephews, for all the children of tomorrow.

Join me as I dedicate myself to acting in his memory. No one person can replace such a moral giant. But each one of us can do our best to stand up for the values that he held most dear. In this way, we will continue Wiesel’s legacy of repairing the world.